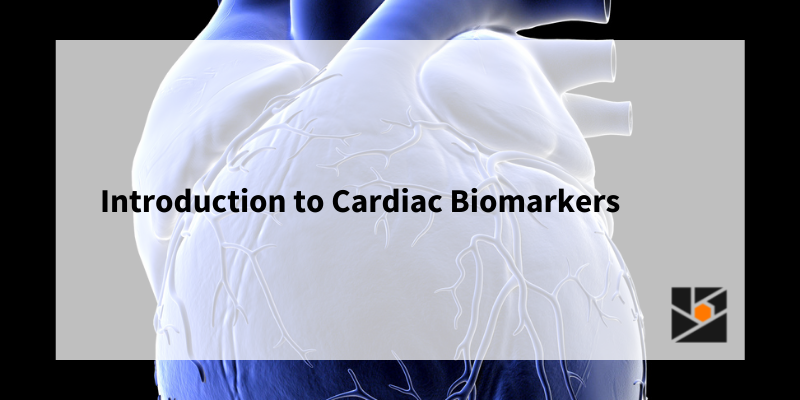 Cardiovascular diseases (CVDs) are diseases that affect the heart and vasculature (see figure 1). They are the leading cause of death worldwide – according to the World Health Organization, 32% of deaths in 2019 were caused by CVDs (1). Some CVDs, grouped into Acute Coronary Syndrome (ACS), are medical emergencies requiring urgent care. An example of an ACS is acute myocardial infarction, which is responsible for 10% of cases of chest pain in hospitalised patients (2) and may ultimately result in heart failure (3). In these cases, it is essential that the condition is diagnosed quickly and accurately to allow the patient to receive adequate treatment.

Figure 1. Examples of cardiovascular diseases and their physiological manifestations (from reference 3)

Because electrocardiograms are not reliable diagnostic tests for ACS alone (2), other, more sensitive diagnostic measures must be utilised. Biomarkers are quantifiable, measurable biological characteristics that indicate the presence of specific biological processes in the body and are thus frequently used in disease diagnostics. They can be used to detect disease and evaluate disease state and progression as well as to measure response to therapeutics. Cardiac biomarkers are used frequently in the point-of-care testing of patients suffering from chest pain to determine whether the symptom may be caused by myocardial infarction. The earliest biomarkers to be used for the diagnosis of CVDs in the 1950s were enzymes such as aspartate aminotransferase and lactate dehydrogenase, but these have fallen out of favour upon the discovery of more suitable small molecule biomarkers. Cardiac biomarkers in use today can be divided into three categories: biomarkers for myocardial injury, biomarkers for haemodynamic stress, and biomarkers for inflammation (4).

Biomarkers for myocardial injury include markers of myocardial necrosis as well as myocardial ischaemia. The most prominent of myocardial necrosis markers are cardiac troponins (cTn), of which cTnI and cTnT are in wide clinical use as a part of the standard diagnostic toolkit for acute myocardial infarction. This role was previously fulfilled by creatine kinase and creatine kinase-MB, replaced by cTn due to the latter’s higher specificity and better suitability for early detection (4, 5). Myoglobin is another biomarker belonging to the myocardial necrosis category but is not sufficiently specific and clears from the blood too quickly to be a reliable biomarker of myocardial injury in clinical settings (2). Biomarkers of myocardial ischaemia include ischaemia-modified albumin and heart-type fatty acid-binding protein. These biomarkers have low utility on their own (3) but can be used in conjunction with cTn assays to improve sensitivity – combining assays for cTnI and ischaemia-modified albumin results in 95% sensitivity for ACS (4).

Haemodynamic stress can be detected via various natriuretic peptides, which are useful in the diagnosis of heart failure (4). The natriuretic peptides that are most widely used in CVD diagnostics are brain-type natriuretic peptides (BNP) and N-terminal proBNP (NT-proBNP) (2). While BNP is preferable to NT-proBNP as a biomarker of cardiac injury, it can be more difficult to detect due to very low levels in the bloodstream, even in the case of ACS (3). Inflammatory biomarkers include C-reactive protein and homocysteine among others. These biomarkers are generally used for risk assessment/prognostic purposes (4) (see figure 2).

The most common method for detecting biomarkers is the enzyme-linked immunosorbent assay (ELISA), in which the biomarker is detected via binding to primary and secondary antibodies with attached fluorescent labels. While ELISA assays are accurate and have a long history of clinical use, they can be complicated, expensive and time-consuming to perform. In recent years, an increasing amount of research has been carried out to find assays that are more convenient, cost-effective and suitable for detecting smaller biomarker quantities in serum compared to ELISA. Among these, electrochemical biosensors that use changes in current to detect immunochemical reactions have shown promise, with many already on the market (3).

Cardiac biomarkers are a key tool in the point-of-care diagnosis of ACS, allowing quick and accurate diagnosis for patients in need of urgent care and early detection for patients at risk for developing CVD. The most used cardiac biomarkers are cardiac troponins (cTnI and cTnT), natriuretic peptides (BNP and NT-proBNP) and inflammatory biomarkers such as C-reactive protein. While cardiac biomarkers tend to have high specificity and accurately detect the presence of CVD, low serum concentrations can complicate detection with traditional detection platforms such as ELISA. This means that substantial research has been carried out to develop new and more suitable biomarker sensors to make diagnosis more accurate, convenient, and cost-effective.

Are you developing an assay to detect cardiac biomarkers and want to see how Gii-Sens can enable better sensing and lower limits of detection? Contact us today

Karolina has a background in Pharmacology