Despite rigorous optimisation, bioassay performance runs the risk of being compromised by background noise. For reliable results, it is essential that background noise is both accurately distinguished from true signal and minimised to prevent its interference with the detection of low-concentration analytes.

Bioassays are widely used in research and clinical settings to determine the concentration or biological activity of analytes of interest. They can be configured to detect almost any biorecognition event and commonly function by converting the specific binding between a recognition molecule and its corresponding analyte into a colorimetric or electrochemical readout.

Depending on the chosen detection method, various preventative measures can be taken to reduce background noise. For example, colorimetric bioassays such as ELISA often benefit from additional washing or blocking, may incorporate some form of signal amplification, or may involve target enrichment to achieve a cleaner result. However, a main drawback of these approaches is that they introduce extra protocol steps to increase the duration and overall expense of running the assay. An alternative strategy is to use higher concentrations of antibody and/or analyte, but assay capacity and cost frequently limit the feasibility of this method.

A more effective way of minimising unwanted background noise is to combine electrochemical detection with a graphene transducing element. The potential of this approach is generating huge excitement among life science researchers, within the medical device development community, and beyond.

Background Noise is a Major Source of Bioassay Signal Interference

Background noise can broadly be defined as anything that produces a signal in a bioassay besides the reaction of interest. It can arise from non-specific interactions such as antibody binding to entities other than the target being investigated (e.g. non-target biomolecules or the surface of microplate wells); from cellular autofluorescence where a fluorometric readout is used; or from the breakdown of colorimetric detection reagents.

Background signal may also be attributed to matrix effects. These can be especially problematic when testing complex sample material such as cell lysates, tissue homogenates, serum, or other bodily fluids, all of which contain numerous components in addition to the target analyte. Although matrix effects can be reduced by diluting sample material, this adds an extra step to workflows and risks reducing the analyte concentration to below the limit of detection.

Electrochemical detection has gone a long way toward minimising background noise, not least by taking matrix effects out of the equation. Because electrochemical detection relies on electron exchange or electric phenomena to produce a readout, it overrides many common sources of background signal to allow ‘dirty’ solutions to be used as neat, unlike other optical or colorimetric methods.

Further benefits of electrochemical detection are that it removes operator bias (this can be a major source of variability during colorimetric detection, where the time taken for colour development is determined by the end user) and it enables sample miniaturisation. The latter can be particularly advantageous when working with material such as clinical specimens that are often available in only short supply.

The advantages of electrochemical detection can be enhanced dramatically by optimising the transducing element. Graphene, with its well-established electrical properties, has incredibly high electrical conductivity that significantly reduces background noise by enhancing sensitivity without the need for signal amplification. 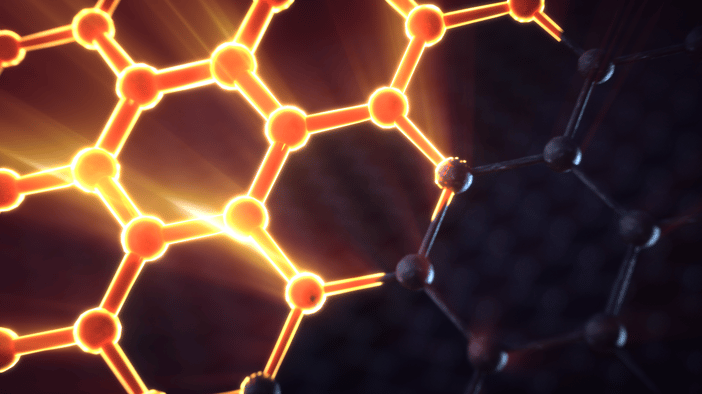 Despite its obvious advantages, 2D graphene has seen little uptake beyond small-scale R&D or various academic settings. This is largely due to the methods used for its production that are costly, inconsistent, and difficult to scale up. To address these issues and make the benefits of graphene more accessible, we developed and patented the world’s first pure 3D Graphene Foam, Gii.

Gii overcomes the inherent limitations of 2D graphene production and has several unique characteristics that can be exploited to streamline bioassay development and reduce background noise. First, Gii is an exceptionally pure material, with >98% carbon content, meaning it is unlikely to bind to non-specific molecules that could generate unwanted artefacts.

Due to its 3D structure, Gii also has a much larger electrochemically active surface area than 2D graphene. This allows it to bind an extremely large number of recognition molecules and yields superior electrical conductivity. In turn, this translates to improved sensitivity (with no need for signal amplification) and produces a cleaner readout at even low limits of detection for more robust results.

A further advantage of Gii is its capacity to be grown directly onto any substrate at room temperature and atmospheric pressure in a one-step process, which makes it a low-cost, scalable, and highly reproducible addition to any bioassay.

If you want to develop a bioassay with no background noise, lower limits of detection, and no need for signal amplification, without compromising on cost, contact us today.