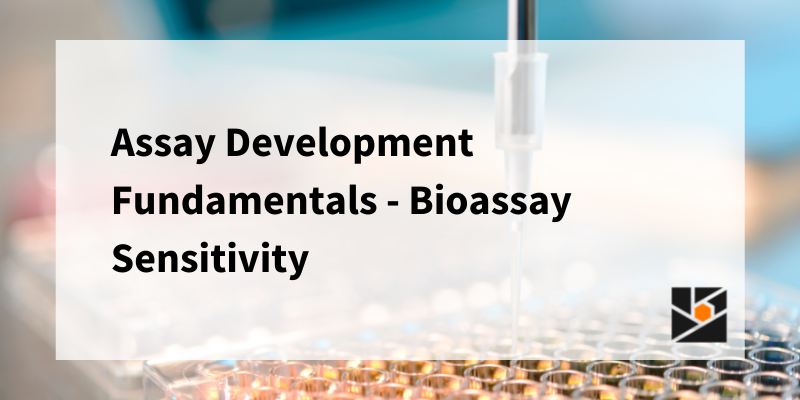 When comparing various biological assays or even assessing the performance of a single one, there are various factors we can look at. These include the likes of the limit of detection (LoD), dynamic range, specificity and selectivity. However, another important factor that we can consider is the sensitivity of a bioassay. Sensitivity can be defined as the ability of an assay to accurately distinguish between varying levels of a disease. A bioassay that is regarded as sensitive has the ability to discriminate between small changes in the target analyte concentration. Thus, it would be able to give a range of assay results, whereas a less sensitive test is unable to distinguish between small changes and therefore may present results as solely positive or negative (1).

The ability to increase the sensitivity of biosensors and develop novel ‘ultrasensitive’ biosensors is of great clinical relevance. Increased sensitivity as stated would allow for clinicians to distinguish between different severities of a disease and therefore provide more accurate and more appropriate healthcare. One key clinical application of the improvement of bioassay sensitivity regards the identification of allergenic IgE epitopes. It has been highlighted that individuals who may have the same allergies to food can experience different tolerances. One such assay has been developed with a sensitive biomarker for various food allergies, and as a result of its sensitivity, it can be used to predict the severity and phenotypes of the allergy. The ability to determine such results, rapidly at the point-of-care for example, aids clinicians in making the correct decisions to provide the optimal healthcare. Furthermore, the development of this assay has allowed for a better understanding of the immune mechanisms behind the allergic reaction and could provide answers for novel treatments (2).

A second such example in which increasing the sensitivity of an assay has resulted in improved healthcare or overall patient outcome is the development of quantitative results from at home pregnancy tests. Originally, a home pregnancy tests came in the form of a lateral flow assay, which was able to distinguish to a certain degree of accuracy that an individual was either pregnant or not. More recently lateral flow pregnancy tests have been integrated with an electrochemical reader. This has allowed for the production of quantitative results as opposed to the original qualitative results. The inclusion of an electrochemical reader has increased the sensitivity of the assay, allowing distinction between different quantities of hormones present in the sample of urine provided by the user. This allows the assay to determine not only if an individual is pregnant, but also how many weeks along they are (3).

The large active surface area of our sensor enables the capture of more recognition elements such as antibodies, enzymes, nucleic acids etc. as a result, more targets can be accumulated, increasing the sensitivity of the sensor and lowering the LoD of the assay.

Furthermore, Gii technology is made from over 98% pure carbon. This again increases the conductivity of the sensor and further increases the assay sensitivity. By choosing Gii-Sens technology, this allows for the detection of more intermediate values, allowing clearer distinctions to be made between results. This is one factor that can help improve clinical decisions to the standard that is currently demanded.

Are you developing an assay and want to improve your bioassay sensitivity? Integrated Graphene have a range of development service solutions as well as their revolutionary sensing 3D Graphene Foam electrode, so if you want to develop a better and more cost effective POCT, then contact us today.

Luca Vita is a Precision Medicine Expert and Scientific Author